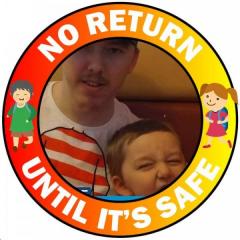 In this weeks PoN's preview to the League One games played on the 16thand 17th of January, six key games have been identified – This includes the important game between MK Dons vs Sheffield United, which several teams within League One will be looking out for. Whilst Doncaster take on Barnsley at the Keepmoat Stadium.

If the Dons win, they could close the gap on Bristol City and Swindon. If the Blades win they could pull away from the sides just outside of the play off places.

Doncaster against Barnsley is also another game that jumped out at me this week not only because it’s a local derby but also for the fact of whichever team loses could move further down towards the drop zone.

Whichever team loses could move down to within 3 places of the drop zone which makes it a key game for more then the local rivalry.

Swindon against Chesterfield is a key match for effecting the automatic promotion places aswell as the play-offs and surrounding teams as Swindon try to hang onto top spot or 2nd whilst chesterfield try to push into the play off places.

A win for Swindon will put them top or maybe keep them in 2nd place whilst a win for chesterfield could move them up to as high as 5th and move them away from several chasing teams for a play off spot.

This weeks match for us should be an easier match then previous weeks whilst at the same time Crewe’s form has picked up as of late.

Our current results against Crewe Alexander have been positive although previously we have had better results away from home.

The last time we dropped points against Crewe was back in 2013 when we drew 1-1 at Meadow Lane in the league.

The overall head to head record shows us as favourites as we have won 20 whilst Crewe have won 12 and drawn 7.

I believe this is a match we should win but it wont be an easy game as Crewe’s form has improved over the past couple of weeks, I would at least hope for a point but Notts should get all 3 points.