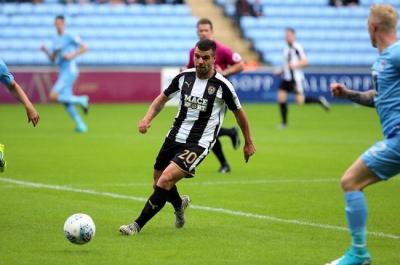 Liam Walker has suggested that a lack of game time prompted him to make the decision to leave Notts County ahead of the end of the League Two season.

The 30-year-old joined the Magpies last summer from Gibraltar Premier Division outfit Europa FC but made just 19 appearances in total, struggling to even make the bench in recent weeks.

Notts confirmed the news of Walker's contract being terminated by mutual consent on Monday afternoon, stating that he had left "with immediate effect to pursue opportunities elsewhere".

"Well my time at Notts County has come to an end," Walker wrote on social media.

"It has been a hard season personally for me with the lack of game time and I have taken the decision to cancel my contract and move on.

"I would just like to thank the fans and all those who did believe in me. Wish the club all the best for the future and good luck for the playoffs."