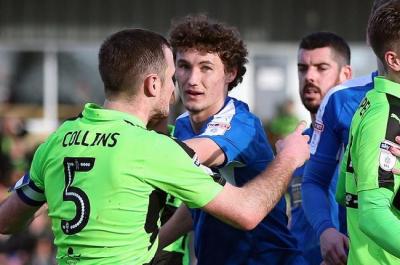 Matt Virtue has praised his teammates at Notts County for helping him out during his loan spell from Liverpool and is especially happy about Kevin Nolan's characteristics and man-management skills.

Since arriving in Nottingham, the 20-year-old took a while to find his feet but is now fully integrated in the squad, making 12 appearances so far, and he is enjoying the dressing-room atmosphere.

“All of them really (have taken him under their wing), I can’t fault any of them. All of them have been class," Virtue told the Nottingham Post.

“What I’ve noticed about (Nolan), his man-management skills are really good. He gets the most out of his players like that second half performance at Colchester, he really got the best out of us and I’m really enjoying being underneath him, and learning quite a lot from him.

“Hopefully, being on the end of a successful promotion run with Notts into League One and then see where it takes me in pre-season. I’ll go back to Liverpool in pre-season, work as hard as I can and see what happens from there.”