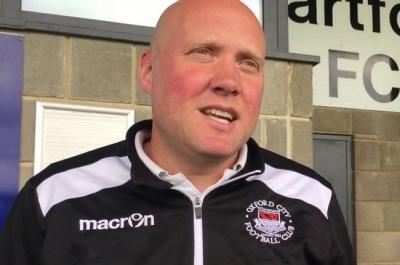 The National League South strugglers were seconds away from reaching the third round draw for the first time, having pegged the hosts back twice at Meadow Lane.

Deep into injury time, however, Jorge Grant scored on the rebound with virtually the last kick of the match to clinch a 3-2 victory and put Notts in the hat for round three.

Jones told the Oxford Mail: “It was heartbreaking, there were a few tears in the dressing room.

“The boys gave everything and we were obviously seconds away from a great result and getting them back to our place.

“We thought we were going to be in the hat for the third round. It was so so close, and sometimes football and life can be cruel.

“When we first started on this road away to Whitehawk in September we could never have imagined experiencing this.

“I just wish we could have held on, because it would have been a fantastic achievement to be in the hat for the third round, but it was not meant to be.

“We’ve got to get over it. We’re in a poor position in the league. We showed we’ve got more than enough quality about us not to be down there, but we’ll pick the lads up and stick together.”