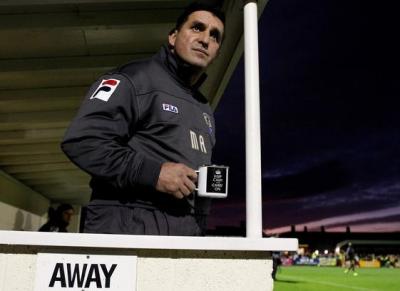 Grimsby Town manager Paul Hurst has ruled out a move to Notts County by pledging his future to the Blundell Park outfit.

The 41-year-old was second-favourite among the bookies to take on the reins at Meadow Lane behind ex-Magpies boss Martin Allen.

Following Hurst's criticism of some Mariners supporters after their National League play-off final win over Forest Green Rovers, it was thought that he would be departing Humberside sooner rather than later.

The latest development, however, saw him pledge his future to Grimsby.

"I genuinely haven't got any other offers to be a consideration," he said.

"There's nothing to tempt me. My plan now is to look to next season with Grimsby Town and building a squad that we can be proud of."

That leaves Allen as clear favourite to become Notts boss with the current Barnet manager now 1/1 to return to Meadow Lane.

Do you want Mad Dog back at the Lane? Let Pride of Nottingham know your thoughts by signing up to the website, visiting the forum and joining the conversation.