Matt Tootle: 'Adam Collin will have a battle on his hands to displace Ross Fitzsimons' 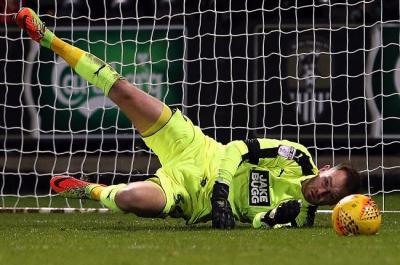 Matt Tootle has praised Ross Fitzsimons following the goalkeeper's performance in the goalless draw with Grimsby Town on Saturday.

The former Crystal Palace stopper has proved a great replacement since coming into the team for Adam Collin, who is currently sidelined with a knee injury.

On Saturday, the Magpies kept their first clean sheet since late October and Tootle was full of praise for the 23-year-old after giving his assessment of the draw.

"It keeps us on a run and they're a decent side," Tootle told the official Notts site. "They've won their last three games and are one of the form sides in the league so it's not a bad point.

"They came here to frustrate us and made it hard for us. We've got to respect the point, which is something we didn't do last year.

"They had a couple of chances but I don't think they really threatened or put any sustained pressure on us. We weren't quite at it in the final third - it just didn't happen for us today. Hopefully we can pick up a win next weekend and it will all be fine.

"It's nice because we haven't had a clean sheet for a while. We defended well considering the threats they have - the wide players have been good for them this season so we worked on that during the week.

"We thwarted them well so it's a good clean sheet for the defence and the goalkeeper, who has been terrific since he came in.

"People forget how young Ross is and that he didn't play his first EFL game until he came on against Barnet. Adam Collin will have a battle on his hands to get back in the team when he is fully fit."