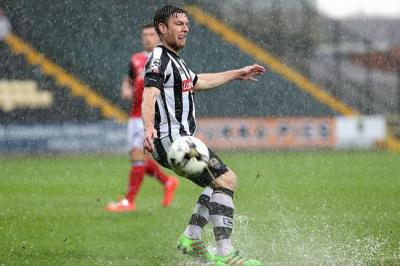 Notts County defender Matt Tootle has admitted the illness he had in January knocked a lot out of him but feels he is slowly building his form back up.

The 27-year-old was sidelined for almost almost a month at the start of the year due to a virus that caused him to lose a lot of weight.

However, Tootle was able to return to action in February and has been returning to form, putting in impressive performances at the back.

“The illness really knocked me and I perhaps didn’t realise how much it had taken out of me,” he told the Nottingham Post.

“I came back into a different team and it was difficult because we were struggling a little bit.

“We had the Barnet game and I said that when I first came that I want to be a 7/10 every week.

“I want to make sure I give 100 percent and I think I have done that.

“In the last three or four games I’ve felt a lot better. Hopefully, I am slowly building my form up at the perfect time.”