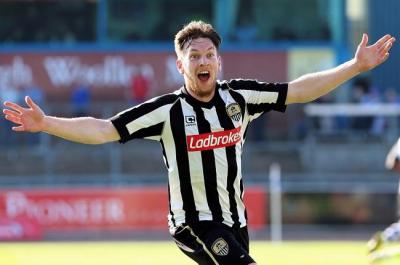 Matt Tootle has expressed his pride with Notts County's impressive home form this year and believes Meadow Lane can truly be deemed a fortress.

The Magpies could end the year with just one defeat at home in the league, depending on how they get on with Shaun Derry's Cambridge United this Saturday.

County's home record is the best outside the Premier League, testament to the improvements made by Kevin Nolan and Alan Hardy.

“When I signed in 2016 I came in and said this place should be a fortress,” he said.

“It wasn’t for six months, but then the gaffer came in, and straight away he said we would turn Meadow Lane into a place where other teams won’t get anything.

“He made that clear. The only team this year to have got a result in the league was Portsmouth and they were the champions of League Two last season. That says it all and about how well we have done.

“It is a great achievement. It’s a credit to us and it’s just a shame we lost one because I have OCD and I would have liked it to have been zero.”