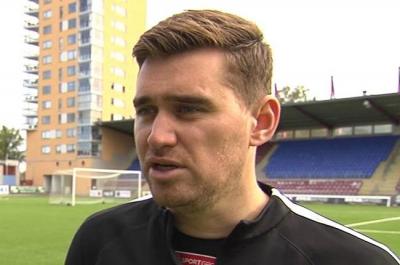 Grimsby Town boss Michael Jolley paid tribute to Notts County following their 2-1 win over the Magpies, describing them as one of the top sides in League Two and a team that just keeps on coming all the time.

Nathan Clarke fired the Mariners in front in Saturday's game at Blundell Park only for Dan Jones to stab home late on to seemingly salvage a point.

However, Notts bottled it when it counted the most, Jamille Matt scoring a stoppage-time winner to firmly shut the door on County's automatic promotion ambitions.

“In terms of the game I thought we were excellent against one of the top sides in League Two," Jolley, whose side are now safe in the Football League, told the Grimsby Telegraph.

“We started the game extremely well. We wanted to try and play our football. We put on a good performance in first half and I thought we were deservedly 1-0 ahead.

“I think the second half was probably more even, but we still had some chances on the counter.

“We knew we probably needed to get that second goal, because they are a team that just keeps on coming all the time. Again, the lads showed their resilience because they had a set-back.

“We got right back on the front foot after the equaliser and it’s a great winning goal from Jamille. We are delighted. It was a really good result, and a good performance too.”