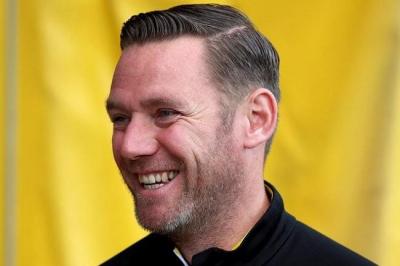 Notts County manager Kevin Nolan has admitted that he does not know what his team to face Lincoln City will be, describing his selection headache as "brilliant".

The Magpies welcome the Imps to Meadow Lane on Saturday with the possibility of making it nine games unbeaten, or even five wins on the spin in League Two.

In addition, Nolan has not ruled out the possibility of Shola Ameobi and Shaun Brisley playing, despite the former having missed the last two games with a hamstring injury and the latter having limped off against Crawley Town.

“Shaun we’ll look after with 48 hours until the game still,” the Notts gaffer told the Nottingham Post.

“Shola I don’t think will be available. That said, knowing Shola, he’s someone who could walk in on Friday and say he’s fine, not that he would walk straight back into the team.

“It’s always great when you have everyone available. Apart from that, all the lads seem good and up for it.

“Me and Thommo (Richard Thomas) sat in the office for four hours the other day and we still don’t have a clue who will play!

“It’s brilliant when you have that. Last year we had maybe 13 or 14 players you could pick from one week to another. Now we’ve got two teams.”