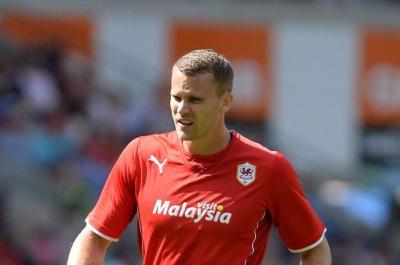 Notts County have made their first signing of the summer by recruiting centre-back Ben Turner, formerly of Cardiff City.

The 31-year-old, whose tally stands at almost 300 league appearances, has played in each of England’s top four tiers and was most recently with Mansfield Town, where he made 10 appearances.

Prior to that, the defender turned out for the Bluebirds - who he helped get promoted to the Premier League in 2013 plus Burton Albion, Coventry City, Oldham Athletic and Peterborough United.

Notts manager Neal Ardley told the club website: "In a lot of games last season we lacked physical presence, so at the top of our list of priorities was a dominant centre back.

"Working with the new owners - and the stats they've got - Ben came out top of the pile.

"I know Ben from our days at Cardiff, so I understand his character. He brings aerial dominance, leadership, experience and know-how.

"To attract him to come to us when he had several League Two possibilities on the table is brilliant."