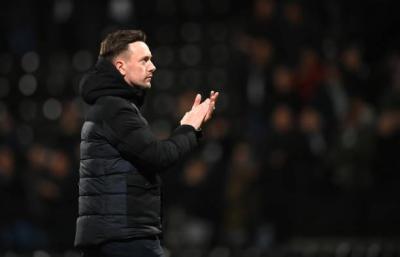 After losing narrowly to Rochdale in the first round replay in the FA Cup. Notts County will have more time to focus on their bid for promotion from the National League.

The Magpies earned a home tie replay, with a 1-1 draw against Rochdale. However, at Meadow Lane this past Tuesday night, Notts fell short after a late winner from Dale's Jake Beesley.

Aydan White's own goal had pegged back the League Two side, which saw an impressive display within the second half where Notts had chances to cause an upset.

Speaking to the Nottingham Post, Notts County manager, Ian Burchnall said: "I am Hugely disappointed, I saw Plymouth got through, so it would have been really exciting to go and see where we're at."

"I think we've gone toe-to-toe with a League Two club there over two games and shown our qualities, It would have been really nice to see where we're at.

"it's more reference points for us, how we're progressing, but it's not to be, so we have to wait for next year for the big one," he added.

"Naturally the players will be flat. That's natural after the game, but we've talked in there and said listen the result is one thing, we have to take so many things from the performance there

"We can't spend too long on it really, we play two really big games away to Eastleigh and Boreham Wood next.

"I think we just focus on the league, we know what it's like - we'd rather be in the cup, but now that's done, we just turn all our focus on to the league, and we put all our energies into that.

"We need the same kind of performance, tie up on one or two things at the weekend, and I'm sure it'll be good."

Despite Notts County's head coach, Ian Burchall feeling 'hugely disappointed' he does insist there is no time to dwell on the past with focus on players returning to league action.

"Not sure if they will be available for the weekend," he added.

"Alex Lacey felt something on his back, in the middle of the last game, which is why he came out.

"Although I thought he played really well. We'll see how he is during the week, maybe he's available.

"Kyle Cameron should be available at the weekend, I think he's much better now and possibly Jim O'Brien, we'll have to see."