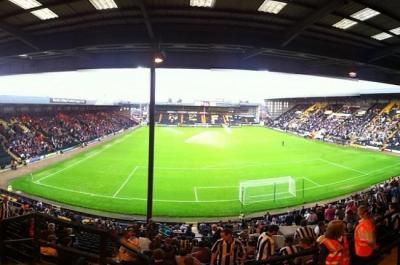 Another calendar year comes to an end as 2017 is now officially in the past and 2018 is here.

Notts County's season continues to go from strength to strength, with the Magpies still very much in contention from automatic promotion from League Two.

How did December pan out for Notts? Here is a recap of the biggest stories from the final month of 2017.

Notts left it late to beat non-league Oxford City, courtesy of Jorge Grant's winner, to claim a 3-2 win at Meadow Lane and win a place in the FA Cup third round.

Alan Hardy revealed that Notts are paying over £40,000 a month in win bonuses to manager Kevin Nolan and the club's players.

Notts were drawn away at Championship side Brentford in the third round of the FA Cup.

Notts County launched Generation 8, a new initiative which aims to generate interest in the Magpies among youngsters with a view to attracting future fans to the club.

The Magpies were tasked with the hardest challenge of the season so far in a fixture away at League Two leaders Luton Town but emerged from the game with a share of the spoils in a 1-1 draw.

Alan Hardy revealed his hopes of having a new training ground for Notts ready by January 2019.

Notts fought back from three goals down to claim a 3-3 draw with Cambridge United in Saturday's League Two clash at Meadow Lane.

Notts returned to winning ways in emphatic fashion with a 4-1 win over Morecambe at the Globe Arena.

Notts County ended 2017 on a sour note as their unbeaten run in League Two came to an end in a 1-0 defeat at Swindon Town.

Kevin Nolan confirmed that Rob Milsom will need to see a specialist for his injury, while goalkeeper Adam Collin is now "a couple of weeks away" from a return and captain Michael O'Connor is now back in training.

Share your thoughts about this news recap on Pride of Nottingham by signing up to the website, visiting the forum and joining in the chat with hundreds of fellow Notts County fans.