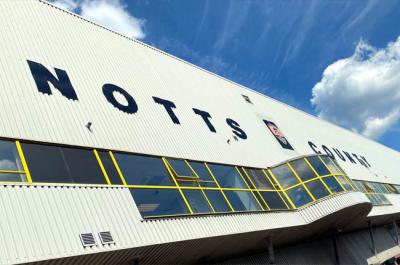 8 players continue to be under contract heading into the brand-new season, while several participants of the team have been offered the possibility to extend their stay at Meadow Lane.

Michael Doyle has actually been offered the option to remain at the club after being offered the assistant head trainer on a long-term basis, although if he does remain it will be as a registered player also.

6 players have got released, consisting of long-serving squad member Enzio Boldewijn, will unfortunately be leaving the magpies, while 5 loan spells have actually expired and have returned to their parent clubs.

In a statement released by the Notts County board of directors on the official website, it read:"We would like to place on record our sincere gratitude to all departing players for their efforts throughout their time at the club.

"Enzio in particular has provided many special memories, including several wonderful goals, and we’re sure he will always be held in the highest regard by our supporters.

"As fans will see, we are making every effort to retain a strong core of the squad which we feel performed exceptionally well towards the end of last season.

"We believe an element of stability will be key to building on our excellent recent form, while we will of course be looking to make several strong new additions to the squad. We are hopeful that this will include the retention of one of this season’s loan players.

"Our recruitment team have been working closely with head coach Ian Burchnall since his arrival to identify players we believe can help us realise our goal of returning to the EFL as soon as possible, and we look forward to welcoming fresh talent to the squad in the coming weeks."

Magpies' head coach, Ian Burchnall will be providing his insight into the future of the squad and discussing the retained list tomorrow at the club.

Share your thoughts of this topic within the Pride of Nottingham by signing up to the website, and adding your thoughts to the discussion found on the PON forum.