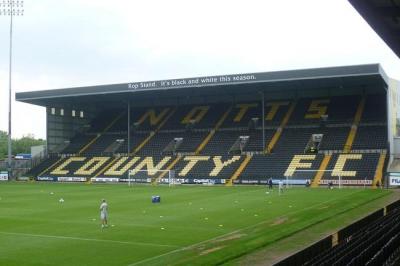 Notts County chairman Alan Hardy has announced that current season ticket holders will benefit from a discount should they wish to renew for next season.

Prior to the change of ownership, the Magpies had endured a difficult campaign which saw them freefalling towards League Two's relegation places, though the last few weeks have seen the team rally round and give themselves hope of survival.

An email sent out by Hardy to season ticket holders sees him acknowledge concerns that, due to reduced ticket prices since he took over, fans may feel that their packages are being devalued.

The email says: "As you will be aware, since becoming chairman and owner I have made it my priority to engage with the local community and increase attendances by putting a number of ticketing initiatives in place.

"Quite rightly, a number of season ticket holders have voiced concern that their package is being devalued as a result of the reduced pricing. I would therefore like to assure you that 2016-17 season ticket holders will benefit from an exclusive discount on season tickets for the 2017-18 campaign. I will confirm full details in due course.

"In addition, I can confirm that your Bring a Friend voucher, if you haven’t already used it, is valid for any of this season’s remaining home matches.

"I apologise for any frustration caused by the reduction in matchday pricing - it is fully understandable. However I am sure you share my desire for bigger attendances at Meadow Lane."

Share your thoughts about this initiative on Pride of Nottingham by signing up to the website, visiting the forum and joining the conversation.