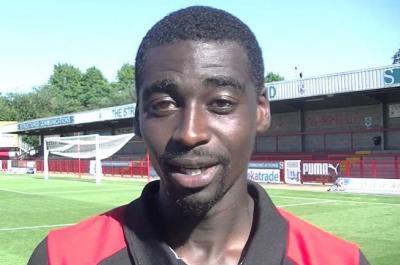 The Magpies have paid a "significant six-figure sum" to land the Dutchman, and it is believed to be their biggest outlay since signing Kasper Schmeichel from Manchester City in 2009.

The 25-year-old scored 16 goals in 101 appearances during a three-year stay in West Sussex and has agreed a three-year contract with the Magpies.

“When I walked in here I was very impressed," Boldewijn told the official website. "Everything is professional and I can’t wait to be here every day.

“The manager wants to make me a better player and I’m looking forward to working with him.

"The big crowds, the history and the plans to build a strong squad are what got me here.

“I’m very pleased and I can’t wait to get started."

Notts boss Kevin Nolan added: “It’s unbelievable that we’ve been able to get him.

“There’s been a lot of interest from people above us in the leagues but once Enzio had seen our genuine interest and vision for how he can help us progress as a club, that became a major factor.

“He’s going to be one who will definitely excite. He’s a good ball-carrier, very pacey – something we lacked last year. He brings something different to what we already have.

“He’ll get people on the edge of their seats and he’ll give us that extra little bit of quality in the final third.

“We want to make sure we improve him and help him pick up where he left off last season.”

Let Pride of Nottingham know your thoughts about this signing by signing up to the website, visiting the forum and joining the conversation.