On the fence, Ian Burchnall spoke out about post-match melee after Notts lost at Halifax. 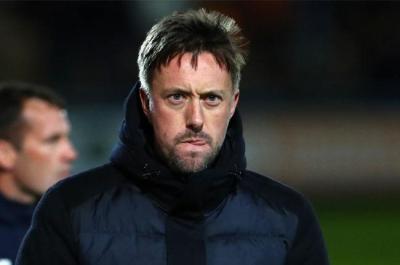 After Halifax's victory over Notts County, Ian Burchnall had this to say "We got caught up in a lot of the nonsense."

The players on both sides became involved in shoving at the full-time whistle, which saw Shaymen come from two goals to win 3-2 with 10 men.

Despite having fewer players on the field, Halifax made an impressive come-back.

After a fiery encounter that led to Tom Bradbury being sent off for appearing to raise his hands at Ruben Rodrigues, order was eventually restored in the second half, as the teams made their way back down the tunnel.

"Things were said to me on the touchline that I wasn't happy with. I was polite to everybody, but then I don't think I deserved that.

"I said to them at the end that I didn't feel that was the case, things were said in the heat of the moment.

"There were a bit of handbags at the end, but it was no big deal."

Burchnall's misery worsened when he watched an offside goal ruled out, to make the score remain 2-2, with Ciaran Brennan’s header getting cancelled out as the referee noticed an infringement in the penalty box.

"The referee said there was a foul on the goalkeeper, but I can't see it, the angle I've seen it from isn't great, so I'll have to see it again.

"But the problem is that, after the red card, it is sometimes easy to just give something if there is just half a foul in there.

"I said after the Woking game how physical they were attacking the ball. We did that, but it's a foul on us.

"I was disappointed because I felt we had a winner there. Still, after that, we've got to ensure we don't lose the game."