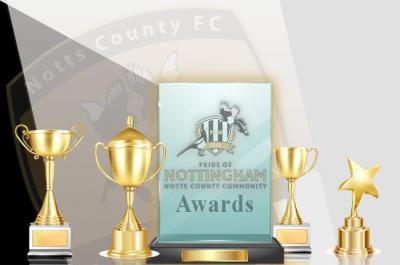 It's better late than never they say, but in truth this has been long due after the Pride of Nottingham community voted on our annual awards for this past season.

On the 7th June, voting opened up on the PON forum and across social media - including our popular Facebook group.

Hundreds of fans took part, casting their vote for the players who deserved recognition after another season in the National League, where the magpies' had secured a playoff place.

Pride of Nottingham's Member of the Year:

@DangerousSausage claimed the 2020/2021 Member of the Year award, after slightly pipping @Piethagoram to the honours.

Writing in the PON forum, he wrote "Thank you! I aim to educate and entertain. I'm touched. Here you go, have an award back."

It's been a roller-coaster season, one of which the Pride of Nottingham has taken leaps and bounds after such a demanding campaign. We thank every member for playing their part, providing insights and thoughts into Notts County and we hope for another successful year for 2021/2022.

Next up! Game of the Season:

Chesterfield vs. Notts County clinched the Game of the Season, as the most popular choice by far - the goal-thriller and late dramatic win will be remembered for many seasons to come! Here're the highlights of the game.

Signing of the Season:

Mark Ellis stormed past Ruben Rodrigues who was a popular option in the category, however, Ellis stole the show after his impressive loan spell at Meadow Lane.

Next up! Goal of the Season:

Elisha Sam's outstanding back-heel finish took the Pride of Nottingham's Goal of the Season. Such a cheeky, special effort would always be difficult to beat.

And finally, the Pride of Nottingham's Player of the Season:

Who else, other than the feely scoring centre-back? Mark Ellis truly stole the show beating a vast popular options such as Kyle Wootton who played a crucial role propelling Notts to several wins - just like Ellis did upon his arrival.

Once again, thank you to everyone who took part in the Pride of Nottingham awards.