Russell Slade: 'Grimsby Town could have gone on to beat Notts County' 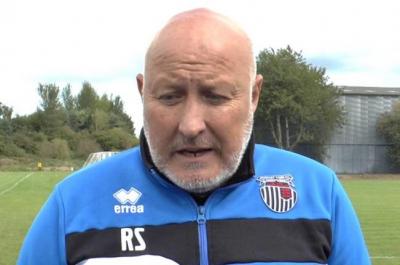 Russell Slade has hailed his Grimsby Town charges for claiming a goalless draw against a "relentless" Notts County side and suggested that the visitors could have even gone on to win the game.

Neither side could break the deadlock at Meadow Lane, although the Mariners arguably had the best chance of the game as Jamille Matt forced a great save from Ross Fitzsimons during the first half.

"I thought we started the game really well and that's what we were searching for because we've been on the front foot recently," Slade told the official Grimsby site. "I thought we did really well.

"At the end of the half Notts County were showing why they're in the mix because they came back into the game but again we started the second half well and matched them and you know, I thought we could've won it and had the best chance overall.

"But overall I thought we matched them in most areas, we've put a little marker down and it was a step forward from my point of view.

"The whole team defended well. You have to against a Notts County side that do basics eight and are relentless, look for free kicks and corners and try and get the ball wide and into the box so you've got to do all those things well.

"It was two teams that were trying to competive for everything whatever we were trying to do and sometimes there were free kicks one way and then the other but it makes it dificult for a referee to be fair."