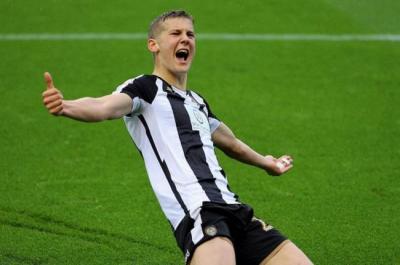 Notts County loanee Ryan Yates has claimed that scoring four goals in his last five games has been beyond his wildest expectations and is hoping to weigh in with more contributions.

The 19-year-old's brace was crucial in the FA Cup first-round turnaround against Bristol Rovers and also chipped in with goals against Barnet and Carlisle United in November.

"Since the start of the season I've been telling Mark Crossley, who organises our set-pieces, to get me in the box!" Yates, speaking to the Notts official site, joked.

"My role is about keeping things simple but I'm still young, raw and learning. I would like to add goals to my game and keep chipping in with them.

"To get four goals in five games has been beyond my wildest expectations but I just have to keep having the knack of being in the right place at the right time.

"I have to give credit to the balls being put into the box. They're unbelievable. I've never known a team to be so good at set-pieces - we've scored so many goals from them already this season.

"When Carl Dickinson is standing over a free-kick I know it's going to be worrying for the goalkeeper but there are six or seven of the lads who put them in the top corner on a regular basis in training. It's unbelievable."

Share your thoughts about this news story on Pride of Nottingham by signing up for FREE to the website, visiting the forum and joining the chat with fellow Notts County fans.