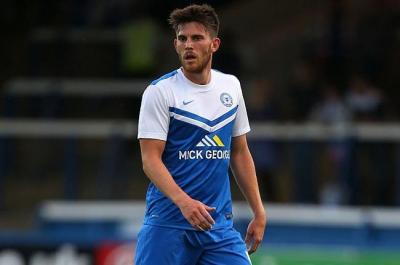 Notts County have announced the signing of Carlisle United defender Shaun Brisley on a two-year contract.

The 27-year-old signs for the Magpies as a free agent after he cancelled his contract with the Cumbrians by mutual consent.

Brisley began his career at hometown club Macclesfield Town, making 124 appearances between 2007 and 2012.

In that year he enjoyed a loan spell at Peterborough United and then sealed a permanent switch to London Road, remaining on their books until 2016.

Following a series of loan spells, he then joined Carlisle last year, before heading to NG2 where he will play under former manager and teammate Kevin Nolan, who he knows from Leyton Orient.

Brisley told the official Notts side : "I'm chuffed to bits and can't wait to get started.

"I first heard about the interest at the back end of last week so it's great to get it done so quickly so I can settle in and concentrate on the start of the season.

"Playing under the gaffer before was a massive factor in me coming here. He sets high standards and gets it from you week in, week out.

"I thought he brought the best out of me when we were together at Orient so as soon as I heard of the interest I just wanted to get the deal done.

"I like to think I have strong leadership qualities, I am good in the air and I bring a determination to keep clean sheets.

"I want to come here and make my mark, play as many games as I can and get the team back into League One."