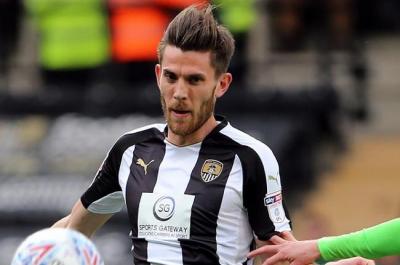 Notts County defender Shaun Brisley has described the stalemate with Wycombe Wanderers as "frustrating" given his side's toothlessness in the final third.

The Chairboys came to Meadow Lane very much intent on leaving with a point and the Magpies could not break their defence down in an uninspiring, rain-sodden encounter.

"It was frustrating," Brisley told the official Notts site after the Good Friday encounter.

"Wycombe came here with a game plan, stuck to it well and took the rhythm out of our play. We were good out of possession but didn't have that edge in the final third.

"They are the best team away from home in the league so we respect the draw. It's a point gained which is nothing to get down about."

Speaking about the Easter Monday trip to Accrington Stanley, Brisley said: "It’s another tough encounter. We're playing all the teams around us, which is good at this time of year.

"If we can go there and get the three points it edges us towards where we want to be in the final stages of the season.

"Accrington have done well again this season and are in a rich vein of form, but if we play to the best of our ability we can come away with the win.

"There are still points to pick up and the automatic promotion race is about who is going to finish the strongest.

"We just hope we can play well, like we did against Wycombe, and get the wins we need."