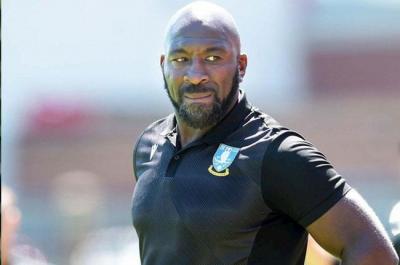 Sheffield Wednesday boss Darren Moore, has opened up about his decision to allow centre-back Ciaran Brennan to join Notts County on loan earlier this week.

It comes as Connell Rawlinson and Kyle Cameron picked up injuries, which leave Notts short in the centre of defence.

The 21-year-old is expected to make his debut for the Magpies' against Altrincham tomorrow.

Via the Sheffield Wednesday official website, Darren Moore said: "We have spoken in recent weeks about the young players.

"We’re pleased that the players out on loan are having a good time at their clubs and getting minutes and, hopefully, Ciaran will follow suit." He added.

"For him to go to a club of the ilk of Notts County and play games is a good opportunity for Ciaran.

"We’ll keep track of his progress. He’s got wonderful potential, and we’ll watch him from afar."

It is believed that if Brennan does well with what chances he gets to play at Notts County in the National League, that the young defender could find himself in Darren Moore's first-team plans.

Moore went on to say: "We will watch how he gets on there and keep an eye on his progress. It is first team football and football on the front line.

"He is someone with wonderful potential and we will watch from afar his development down there.

"The biggest thing for him is that consistency and playing at that level.

"It is being able to cope with the demands, especially in a two or three game week."