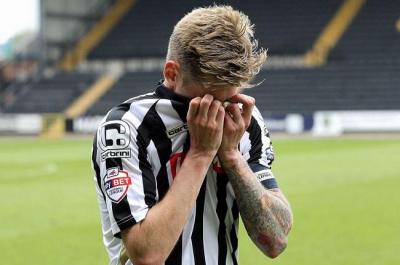 Kevin Nolan has revealed that strike pair Shola Ameobi and Jon Stead face a race against time to be involved in Notts County's FA Cup second-round tie against Oxford City this Saturday.

Stead limped out of the 1-1 draw at Yeovil Town earlier in the month with a leg injury, while Ameobi has only recently returned from a knock himself.

In addition to the veteran front pairing, Callum Saunders is also recovering from a bout of flu.

"Steady is recovering slowly but surely," Nolan told the official Notts site. "We'll see in the next 24-48 hours whether or not he'll have a chance to be available.

"Shola is the same, he's been carrying a groin injury, so both of them will be assessed late on, but it's very doubtful.

"Apart from that we have a clean bill of health, which I'm very pleased about going into this stage of the season.

"To only have one player with a slight strain and another with a contact injury, which can't be helped, is an absolute testament to the work all the staff behind the scenes have been doing."