The transfer window: Alan Hardy's thoughts and updates so far 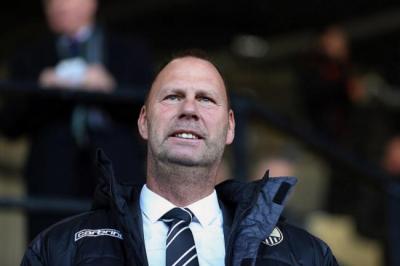 The EFL regular season is now over, so for the clubs that aren't contesting the playoffs, it's full swing ahead in planning for next season.

Notts County owner Alan Hardy has this week written two columns on the Nottingham Post about his experiences of the transfer window so far, and what the club hopes to achieve and obtain in the upcoming one.

On his baptism of fire in the transfer window

Within two weeks of me taking on this role at Meadow Lane we were straight into the January transfer window. That was a real baptism of fire.

I was unable to sleep at night following intense negotiations over as little as £10 or £20 a week, and you wouldn't believe all the incentives that get built in along the way – appearance money, goal bonuses, all sorts.

I had been thrown in right at the deep end but I think it set me up really well for this transfer window. I feel far more prepared after picking up that invaluable experience.

What team he and Kevin Nolan would like to build

After the season finished, myself and the manager, Kevin Nolan, spent quite a lot of time talking about the team we'd like to build and what success looks like for us. That's success not only in terms of league position, but also in terms of how we're going to play and which formations we're going to use.

We both share a passion for attacking football, a strong defence, wide players who create lots of chances and big strikers in the area. We are absolutely on the same page in terms of what we'd like from a football perspective.

And, unlike in January, we now have almost a blank canvas to work from when it comes to forming a squad. It's quite exciting to be able to say, 'okay, what does the future look like?'.

I found it quite surreal in a way, that you can get to the end of a season and find you've got five players signed on for next year. With Michael O'Connor out injured we are down to four players under contract for next season, which includes a goalkeeper – so, in essence, we've got three.

It was also quite daunting to think we've got the best part of 18 new contracts to negotiate, to agree and sign – quite a few of those will be for existing players, but you've still got to get everything agreed.

While there is some uncertainty over which players are yet to come and go, we do have a robust, carefully thought-out budget in place. Kevin and our chief executive, Jason Turner, will be working very closely together this summer, the former identifying his targets and the latter negotiating deals with agents and clubs.

In total I hope we'll be able to bring in around eight new players in a range of positions. Some we'll have to pay for, others will be out of contract and a few will come in on loan.

What will be a huge help to us in the transfer market is Kevin's reputation. He's very, very well respected in the game and we're starting to receive calls from agents whose players are saying, 'I've heard such great things about Notts County and I want to play for Kevin Nolan'.

There are two players in particular who have been offered deals with League One clubs, but they would prefer to come to us. They are at the beginning of their footballing journey and feel they would learn so much more from Kevin because of his experience and knowledge, which is really refreshing to hear.

Having to let players down

This is a hugely exciting time of year in the world of football but it's incredibly ruthless at times, particularly when it comes to making decisions that affect the business. You only have to ask Kevin how he felt after having to tell a number of players recently that their time at Meadow Lane was up.

I share his compassion and find it tough talking about players as if they are just numbers, taking away the human side and doing your best not to be influenced by the fact they've got families to feed and mortgages to pay. Unfortunately, there's no room for sentiment in this industry.

What I found particularly difficult was saying goodbye to the academy players who we didn't offer professional contracts to. Letting them go was probably more heartbreaking than the professionals because those boys haven't yet had their chance.

It took me back to my early football days when I was released by Doncaster Rovers. It brought all those emotions back, from when I was 18 or 19 and thrown on the scrapheap.

It's a ruthless sport and I really feel for those academy players. They have given their all for the last couple of years to try to make it in the game and hopefully they will find other clubs and come back stronger.