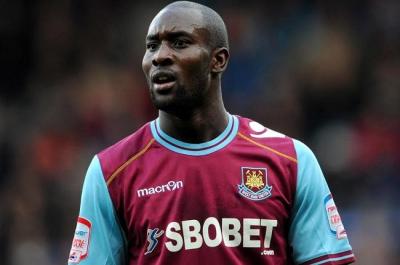 Despite the transfer embargo at Notts County, there are still rumours about potential signings coming to Meadow Lane should the situation be resolved.

In the mist of the rumour mill, is exactly the type of player the Magpies have famously became linked with under the Ray Trew era.

By this, I refer to former Premier League players with a notably well-known name, yet with rather indistinctive careers.

With Notts desperately seeking new signings - players of whom can make a significant impact - it's no doubt going to be a rush in order to sign anyone and this all depends on if the embargo is lifted within enough time to get rubber stamps (Football League approval).

So upon hearing that we are being linked with former Chelsea and West Ham player Carlton Cole, it really does make my mind race as to if he would be any better than what we have had previous seasons.

Yet I realise it could simply be a case of a temporary means, with all hinging on the previously mentioned restriction and of course if he would even join a League Two team.

So who is Carlton Cole? Here is a quick fact file.

Cole emerged through the Chelsea academy, establishing himself as a first team player in 2001.

During 5 years he earned a total of 25 appearances for London club, netting 4 times.

He had brief stints on loan with Wolverhampton Wanderers, Charlton Athletic, and Aston Villa. Scoring 8 times in a combined 55 appearances.

Later he joined West Ham in the 2006/17 season for an undisclosed fee. Whilst with the Hammers he enjoyed the best time in his career, scoring 55 times in 256 apperances.

Since this he hasn’t featured much, however he joined Celtic in 2015 – later arriving at Sacramento Republic in the American second division.

It’s questionable and debatable weather or not Carlton Cole has the ability to feature regularly or form part of a successful striker force. It would be interesting to see if he could work alongside Jon Stead, however I remain unconvinced.

Share your thoughts about this transfer rumour on Pride of Nottingham by signing up to the website, visiting the forum and joining the conversation.