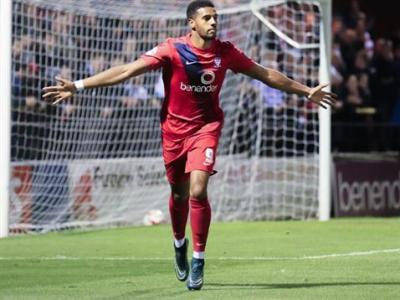 New Notts County loan signing Vadaine Oliver has expressed his eagerness to fire the club up the table and avoid the relegation stress he encountered last year with parent club York City.

The Minstermen dropped out of the Football League despite the 24-year-old's 10 goals, which saw him finish the season at the club's top scorer.

Oliver told the official site: “I’m happy to be here – it’s a massive club and a great opportunity for me.

“When you’re in a relegation side it’s a struggle every day – the morale is so low. But now I have a great opportunity to kick on from last year.

How involved will Oliver be for the Magpies this coming season? Let Pride of Nottingham know your thoughts by signing up to the website, visiting the forum and joining the conversation.