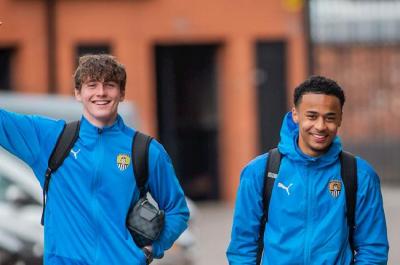 Brooks has already spent a season as a professional with the magpies, having signed his first professional contract ahead the 2019/2020 campaign.

However, Palmer has reached a milestone moment after securing his first professional deal.

Via the official Notts County site, Head coach Ian Burchnall said: “While he’s still got a lot of work to do,

"Tiernan’s a very good goalkeeper who’s shown progression, hunger and a good attitude month-on-month. He’ll take a lot from people like Sam Slocombe and Jake Kean and hopefully we’ll continue to see him progressing this season.

"We’re pleased to give him the platform to express himself. While he’s also got a lot of development to come, I think he’s got potential as a goal scorer and being around our squad on a daily basis is only going to help him."

Discuss the Notts County retained list over in the Pride of Nottingham forum - share your thoughts on the renewals and departures.