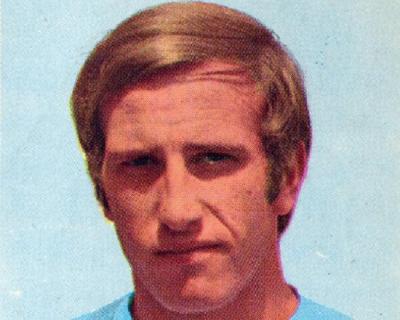 Arthur Mann was born in Falkirk, Scotland on 23 January 1948 and began his footballing career at Heart of Midlothian in 1967.

A versatile player who could line up in both defence and midfield, he played for Hearts in the 1968 Scottish Cup Final, although he ended up on the losing side as Dunfermline won 3-1.

It was not long before his talents were spotted across the border and he moved to Manchester City for £65,000, then a record for a Scottish defender transferring to an English side.

The club's most successful period was roundabout this time until the early 70s, when they won the League Championship, FA Cup, League Cup and European Cup Winners' Cup under the management team of Joe Mercer and Malcolm Allison.

However, Mann was unable to take part in Man City's European campaigns as he had a fear of flying, but he nonetheless enjoyed a three-and-a-half-year stay at Maine Road, which included a loan spell at Blackpool.

In 1972, he was snapped up by Notts County manager Jimmy Sirrel for £15,000 and he went on to enjoy the most fruitful and stable spell of his career, making 253 appearances for the Magpies and scoring 21 goals in seven years.

When Mann left for Shrewsbury Town in 1979, he fetched double the fee that Notts paid for him, but he only spent four months at Gay Meadow before signing for Mansfield Town in a £36,000 deal.

Mann spent the twilight of his playing career with Kettering Town, Telford United and Boston United, where he also served as a manager and led them to the final of the FA Trophy in 1985.

He was Alan Buckley's assistant manager at Grimsby Town and West Bromwich Albion, and had a spell as caretaker-manager at Albion early in 1997 following Buckley's dismissal.

Sadly, Mann died on 4 February 1999, aged just 51, in an industrial accident while working for a factory in Birmingham.

Share your memories of Arthur Mann on Pride of Nottingham by signing up to the website, visiting the forum and joining the conversation.