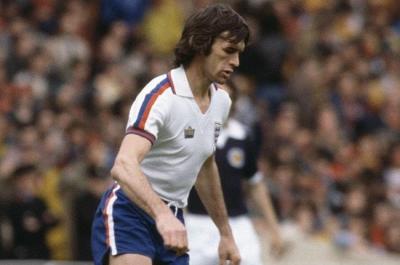 As Notts County alumni go, David "Dave" Watson has to go down as one of the most well-travelled players with one of the most comprehensive careers to have donned the black and white stripes.

Born in Stapleford on 5 October 1946, Watson worked as an electrician before getting his footballing break with the Magpies in 1966.

Watson made 26 appearances for Notts over two seasons before being signed by Rotherham United, then under the management of future Scotland and Manchester United manager Tommy Docherty, in a player exchange deal which saw Keith Pring and £1,000 going from Millmoor to Meadow Lane.

Watson was thrust into a relegation battle with the Millers in 1967–68 which was unsuccessful, and as Docherty left and Jim McAnearney came in, the then-22-year-old was made club captain and used both up front and in defence.

After four seasons at Millmoor, making 141 appearances and scoring 21 goals, Watson caught the attention of Sunderland manager Alan Brown who paid £100,000 for his services in December 1970.

Watson was initially used up front, but when Bob Stokoe took over in November 1972, the player was deployed at centre-back, a position which he would dominate throughout the remainder of his career.

Sunderland ended up reaching the 1973 FA Cup final where they pulled off one of the biggest shocks of all time, beating First Division giants Leeds United - then one of the big English clubs - 1-0, and Watson was singled out for praise by Stokoe for his subduing of strike duo Allan Clarke and Mick Jones.

Watson's performances for Sunderland saw him called up to the England team less than a year after the FA Cup win, making his debut in a friendly against Portugal in Lisbon at age 27.

In the summer of 1975, Watson joined First Division side Manchester City for a fee of £175,000 in a deal which saw Jeff Clarke move the other way.

The Citizens won the League Cup in 1976 beating Newcastle United 2–1, the defender playing on with blood pouring from a head wound and being interviewed in the dressing room afterwards while receiving stitches.

All in all Watson spent four seasons at Maine Road, which saw Man City miss out on the title in 1976–77 by one point - his performances saw him voted player of the year that season.

In 1979, Watson decided to have a go in a foreign league, joining Bundesliga side Werder Bremen, but his time at the German club was short due to incurring an eight-week ban for pushing an opposition player in just his second game.

He was fined by his club and refused to travel to an away match against Schalke 04 because of an injury before turning up to play for England and, unsurprisingly, he returned to these shores by October, with Southampton signing him for £200,000.

Watson played 31 games in 1979–80 and 44 games in 1980–81 as the Saints finished 8th and 6th respectively, and he lined up alongside five previous or future England captains - Mick Channon, Alan Ball, Kevin Keegan, Mick Mills, and Peter Shilton.

In 1982, Watson moved to Stoke City, where he set a record of becoming the first man to make England international appearances while in the books of five different clubs.

Up next were two spells in the United States with Vancouver Whitecaps, being voted into the NASL All Stat team of 83, and Fort Lauderdale Sun, who ended up as USL champions, either side of a season at Derby County.

And eventually, Watson's career came full circle as, in 1984, he rejoined hometown club Notts County as a player/coach, 16 years after first departing Meadow Lane, and making 25 appearances for the Magpies in his second spell.

That wasn't the end of his career just yet though - Watson made 14 appearances for Kettering Town in 85-86 before finally hanging up his boots.

Alongside his club career, Watson was also a rock for England, making 65 appearances for the Three Lions and scoring 4 goals.

In a cruel twist of fate, however, his England career coincided with one of the nation's most barren spells at international level - following the 1970 World Cup, the Three Lions did not reach another tournament until Euro 1980.

Though Watson did at least get to represent his country in "Europa 80" in Italy - an eight-team tournament with two groups where the winner of each would be catapulted into the final - he missed out on the 1982 World Cup, with manager Ron Greenwood selecting only three specialist central defenders, Phil Thompson, Terry Butcher and Steve Foster.

To this day, Watson remains the most-capped England player never to play in a World Cup finals match.

After his footballing career, Watson started a marketing business in Nottingham, where he lives with his wife Penny, while their son Roger (aka Dj Hal) is a successful DJ, musician, and producer.

A prodigal son of Nottingham and one of the best English defenders of his day, Dave Watson is one of the most distinguished Notts County alumni of all time.