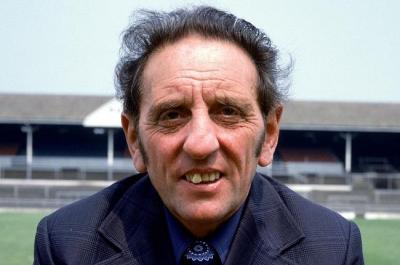 The word "legend" is bandied around all too lightly nowadays. But if you ask any Notts County fan to name one individual and one individual only who deserves the tag of "legend", chances are they will name Jimmy Sirrel.

Born on 2 February 1922 in Glasgow, James Sirrel's professional football journey began when he was 24, when he joined Celtic in 1946.

He made just 13 appearances in three years before joining Bradford Park Avenue in 1949, where again he found game time limited, playing just 12 matches.

In 1951 Sirrel joined Brighton & Hove Albion, where he made 55 appearances before signing for Aldershot in 1954, and he retired from playing in 1957.

Modest a footballing career as it may have been, Sirrel's coaching career would be anything but, as he moved to Brentford as trainer in 1965 before becoming caretaker manager in February 1967.

After being appointed to the role full-time, Sirrel spent two full seasons at the helm of Brentford, but soon enough, he would up sticks to Nottingham, where his career would go to dizzying new heights.

On 19 November 1969, Sirrel entered the Meadow Lane gates for the first time as he would become the manager of Notts County, a team struggling in the Fourth Division.

From previous managers Jack Wheeler - who would serve as his assistant - and Billy Gray, Sirrel had inherited a team including Don Masson, David Needham, Bob Worthington and Les Bradd, and he set about reinvigorating the players and the team.

Sirrel's first season in charge of the Magpies ended with a respectable seventh-placed finish, but this was only a precursor to what was to come as, the following season, the team stormed to the Fourth Division Championship.

Notts boasted a mean defence which would concede just 36 goals that season, while up top, the front line scored an average of 2.47 goals per game.

By no means had Notts reached their limit - the following season, promotion to the Second Division was missed by just three points, and even though 1972-73 began slowly for the Magpies, sititng 16th by the end of the year, they would lose just twice more en route to second place and a spot in the Second Division.

Already Sirrel had transformed Notts from fourth-division strugglers to a side punching their weight in the second tier, and when he decided to try his luck at top-tier Sheffield United in 1975, his place as a Magpies legend was already assured.

Unfortunately for Sirrel, the Blades role would not go to plan as they were relegated that season and, with little money to spend, was unable to stop the side mounting a promotion challenge - but he still made his mark by designing the United badge that's currently being used today.

Eventually, Sirrel opted to return to Notts - who were struggling to avoid relegation back into Division Three - in 1977, and breathed new life into the club by saving them from the drop.

It took a while to get Notts back up to scratch, but the crowning moment came in 1980-81 when a 2-0 win over Chelsea at Stamford Bridge gave the Magpies top-flight football for the first time since 1926.

In 1982, Sirrel became general manager, with Wilkinson taking over as boss, but he was back in the dugout in 1985 with Notts on the brink of back-to-back relegations under Larry Lloyd.

Unfortunately, he was unable to prevent the drop, but did manage to halt the free-fall that County were in by consolidating in the Third Division for two more seasons, before retiring at the end of the 1986-87 season, eighteen years after he arrived at the club, his name in the club's annals assured.

Sirrel was a regular spectator at Meadow Lane beyond his retirement and had the County Road Stand named after him, which he described as "a bloody honour" upon receiving the call from Derek Pavis.

He was even called back into the dressing room and onto the pitch to boost spirits when Notts nearly slipped out of the Football League in 2005, such was his esteem at the club.

On 25 September 2008, Sirrel sadly passed away aged 86, which led to an outpouring of grief from the Notts community and beyond. His funeral, on 7 October, was attended by fans and fellow peers from the world of football, who turned out to pay their respects.

Jimmy Sirrel is the epitome of a Notts County legend, and his name continues to be chanted by the Black and White Army today, testament to just how revered he is at NG2.