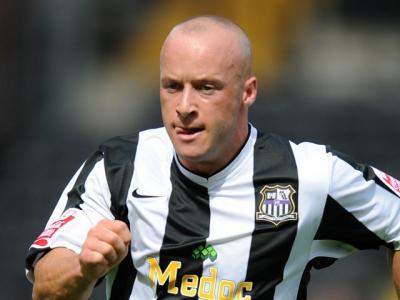 In theory, footballers will play at clubs which befit their abilities, skills and talents. The top players will obviously turn out for the most lucrative, competitive, highest-profile teams, while average players will wear the shirts of average teams, or play in average leagues.

However, this theory has been confounded many times. Who could have predicted that Carlos Tevez and Javier Mascherano, having just had a great World Cup campaign with Argentina, would end up being signed by struggling Premier League team West Ham United? Likewise with David Beckham opting for LA Galaxy when people felt he would still have cut it for a top team in one of the big European leagues, was a surprise.

Sometimes, however, it works the other way round. Players who may be of a lower league level could be unexpectedly thrust into a top team and end up playing with some of the finest players in the world, much to the surprise of every football follower.

When this happens, it's hard not to root for the guy, particularly when he used to play for your team. This is the story of Luke John Rodgers.

Born in Birmingham on the 1st January 1982, Rodgers began his playing career with Shrewsbury Town, rising through the ranks to break into the first team as a youth player.

He made his debut in 1999 for the Shrews as a 17-year-old, and soon became a fan favourite at the Shropshire club for his commitment, pace, skill in front of goal and personality.

After a bit of acclimatising, Rodgers began hitting goals in the 2000-01 season, when, despite regularly being used as a sub, still managed to score seven goals in 27 appearances.

Sadly, the Shrews were to go down that season, but Rodgers stayed loyal to his first club in the Conference, bagging 15 goals in 41 games and helping the team bounce back into the Football League at the first attempt, beating Aldershot FC in the Play-Off Final.

2004-05 was to be Rodgers's final season with the Shropshire club, as he decided to turn down their offer of a one-year contract extension. In July 2005, despite being linked to SPL team Hibernian, he decided to sign for Championship club Crewe Alexandra.

His time with the Railwaymen was disappointing, as team supremo Dario Gradi seldom picked him. After 18 months, he upped sticks again, linking up with Port Vale. Things were slightly better in Stoke, netting 12 goals in 41 games during the 2007-08 season, but by November 2008, he was being overlooked once again, and two months later, just in time for the January transfer window, he was released from his contract by manager Dean Glover.

A short-term contract with Yeovil Town followed, before Rodgers and Notts County crossed paths. July 2009 saw the forward sign for the Magpies on a two-year deal.

Though he didn't score for the first eight games, he smashed an emphatic hat-trick past local rivals Lincoln City in September. As with his previous clubs, he became a cult hero for his work ethic and pugnacious nature, not to mention his knack for finding the back of the net; his 13 goals helped Notts get promoted to League One at the end of the season.

It was during his time at Notts that Rodgers worked with Hans Backe, who was made first-team manager during the Munto Finance period. Backe resigned after just seven weeks in the post, citing financial irregularities, but was impressed enough with the forward that, upon taking his new post with the New York Red Bulls over in the US, he always had his eye on Rodgers coming along.

Indeed, come the close season, the diminutive striker was set to leave the Football League for the MLS, a move Notts permitted, but difficulties with securing a US work permit stalled his transfer. Nonetheless, the move went through in the January 2011 window, and so Rodgers became a New York Red Bulls player, playing in the same league as the likes of David Beckham and Juan Pablo Angel.

The Red Bulls also boasted a marquee player of their own, none other than the best Premier League striker of all time, Thierry Henry. Rodgers, whose CV consisted of lower league football, would line up alongside him.

Rodgers scored nine goals in 23 games in Major League Soccer but did so much more than just find the back of the net. When he was on the pitch, he pushed back defences with his pace, made the long ball a viable option against cluttered midfields, and gave Henry the space he needed to operate in between the lines.

Put simply, he was indispensable for the New York Red Bulls, and complimented Henry up front perfectly. He became a firm favourite with the fans, and was loved in the dressing room. He won "MLS Player Of The Week" in April 2011 after scoring two goals and setting one up for Henry against the San Jose Earthquakes. He was regularly picked over USA international Juan Agudelo. He went so far as to tell the Stoke Sentinel: "This is the happiest I've ever been in football".

Sadly, the problem with playing in the United States is that work permits are difficult to obtain and just as difficult to renew. As it happened, Rodgers's visa renewal was rejected in March 2012, and he was forced to leave the club and the city where he spent his halcyon days.

Since then, he's played for a number of clubs: Lillestrøm SK in the Norwegian top flight, struggling Portsmouth, a second spell at Shrewsbury Town, Hammarby IF of the Swedish second division, and Forest Green Rovers, before rediscovering his scoring touch at Sutton Coldfield Town, where he still plays.

Now 34 years old and the twilight of his career, Luke Rodgers will always be remembered as a tenacious, feisty character whose work ethic, pace and eye for goal, not to mention his part in getting us out of the bottom tier in 2010, will forever endear him to the Notts faithful.

Do you have any stories or memories of Luke Rodgers? Let Pride of Nottingham know by signing up to the website, visiting the forum and joining the conversation.