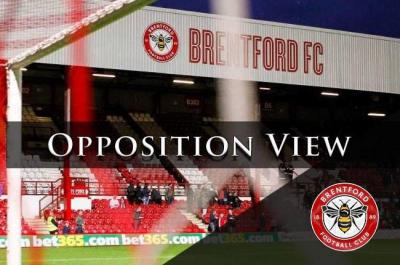 Once again, League Two will be put on ice for the time being because it's FA Cup time!

Notts County have successfully navigated through two tricky ties in the opening two rounds, beating League One Bristol Rovers and non-league Oxford City to earn a tie at Championship side Brentford.

Pride of Nottingham has spoken to Bees fan Will (@WillBoy65) to get an insight on Saturday's opposition.

About Will: I've been supporting Brentford since I was 3 and my favourite player is Charlie McDonald.

Brentford have been on the up this decade - how do you feel the club has been run?

I think we were at our peak 3 years ago under Warburton and then “Moneyball” came in and we didn’t like it at first but then we got Dean Smith at the end of the season and since then we’ve been improving every game.

The Bees had their own "Leicester/Watford" moment against Doncaster in the final game of the 2012-13 season - tell us about your emotions on that day.

Our manager was shouting “Let Kevin O’Connor take it” but Marcello Trotta stepped up and hit the bar. I was thinking "keep it in there" but the ball was cleared to the halfway line and then they scored. I was in tears and I was heart broken because we were a kick away from the Championship but if you look now the tables have turned dramatically.

One of County's most loved players of recent times, Alan Judge, plays for Brentford. What do you think of him?

I think he is one of our best players of the last 10 years or so and I was devastated when he suffered a broken leg but he scored a brace for our B team a couple of weeks ago and is now on the bench which is good.

Similarly, you had Martin Allen at the helm and he's viewed fondly by Notts fans. How did he do at Brentford?

I didn’t really watch Brentford when he was in charge, I didn’t go to many games when I was younger, but my granddad who goes every game says he was a good manager for us and fit in at Brentford quite well.

What is your favourite memory as a Brentford fan?

Who are your danger men?

I think definitely Canos because he can turn nothing into an amazing chance like the other week he picked it up just about the halfway line ran towards the box hit one and hit the bar. I also think our new signing Marcondes is a good player - he hasn’t played yet but he scored 37 in 112 appearances for his old club, and Ryan Woods is a good little midfielder who I don’t think stops running all game he wins the ball back a lot and gets a few assists quite often.

Can we get your score and scorer predictions?

I’m gonna say a 3-2 or 2-2 game because I think we will play well but it depends on what team we put out because we’re only 6 points away from the playoffs so Smith might play a weak team if he wants to focus on the league, but he might play a strong team if he wants league and cup so I don't really know but I think it’s gonna be close.