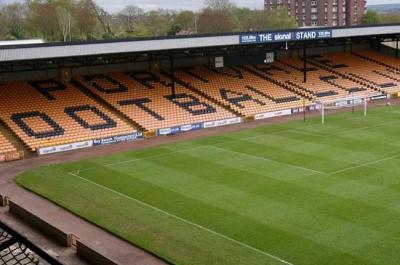 Notts County have come away from Burslem with a share of the spoils in a 2-2 draw with Port Vale at Vale Park.

The Magpies conceded the opening goal in pretty standard fashion, Ben Whitfield floating a cross into the box which Luke Hannant looped into the top corner of the net beyond Ross Fitzsimons, the Vale man allowed plenty of time to head home on 13 minutes.

However, Harry Kewell's side not only weathered the subsequent surge from the invigorated Valiants but managed to draw level just nine minutes later, as Enzio Boldewijn cut inside onto his left and let rip with an effort towards goal that was finished off by Kane Hemmings.

That in turn saw Notts develop a bit more spring in their step and they enjoyed several attempts on the opposition goal through the likes of Lewis Alessandra and Matt Tootle, while at the other end, the County defence held firm to keep Vale at bay for a half-time score of 1-1.

The hosts got the second half up and running and were impressive early on, Tom Pope heading over on 48 minutes and Hannant also causing trouble not long after, though his effort was high and wide.

Although Elliott Hewitt forced a corner and Hemmings had a couple of attempts on the opposition goal, Vale cranked up the pressure and pummelled County's goal for much of the second half, Jamie Turley doing well to clear a ball off the line and making a last-ditch tackle.

With just three minutes to go, and with Notts having weathered the storm, they surged into the lead when Elliott Hewitt's corner was flicked on by Turley and met by Elliott Ward, who hammered the effort into the roof of the net.

But at the back, the same problems occurred once again as the defence left plenty of space open for Vale to play a ball across the box and Pope to head in at the back post for an eventual splitting of the points.