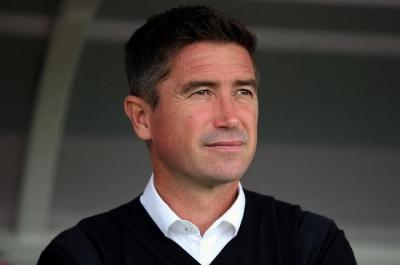 Notts County wrapped up a truly miserable seven days with a third defeat on the trot, this time spurning a one-goal half-time lead against Swindon Town to eventually lose 2-1 at Meadow Lane.

Last week, Bury thoroughly hammered the Magpies. On Tuesday, an undeserved red card for Jamie Turley led to MK Dons making the most of things and emerging victorious.

But this time, Notts played impressively and had all the stats on their side, yet went on to lose anyway.

The home side had were quick out of the blocks at the start of the match, played in near-freezing conditions, with Kane Hemmings forcing a save from Lawrence Vigouroux after only 30 seconds.

His effort set the tone for an impressive first-half display from Harry Kewell's side who created numerous chances to extend the lead with Enzio Boldewijn, Matt Tootle and Lewis Alessandra all going close.

Notts then rode their luck when Elliott Ward was required to make a desperate goal-saving block to deny Marc Richards, but the breakthrough eventually came on 39 minutes.

The Magpies continued to assert their dominance in the second half, with Jon Stead seeing a shot deflected just over the bar while Hemmings fired wide.

Swindon were still in the game somehow and Steven Alzate, who had recently come on as a substitute, grabbed the equaliser as he shot low past Ross Fitzsimons.

Hemmings then wasted a glorious chance to give Notts the lead again before heading the rebound over the bar.

In the end, Notts were reacquainted with darkness their old friend when Jamie Turley diverted Matt Taylor’s cross past Fitzsimons to put the visitors in front and en route to all three points.