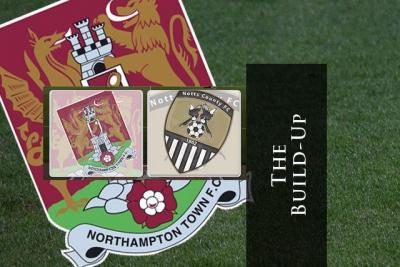 Notts County travel to the Sixfields Stadium to take on Northampton Town this afternoon.

The Magpies recent form over the last five games is (LLLLD) which sees them sit bottom of the League Two table, but a win today could see them move out of the relegation zone.

Notts must make the most of this game as they only have 2 points from 8 games played, whilst Macclesfield Town and Morecambe - who play each other today - have 2 and 3 points respectfully.

Northampton are currently 20th, having conceded 13 goals and scoring 8, four of which has come from their Dutch striker Kevin van Veen.

Their current form being (LWDWL) which is a lot healthier than County's but the game provides each team with a good chance of climbing up the table.

A win for Notts could see them climb as high as 22nd in the League Two table, a draw may see them move to 23rd depending on if Macclesfield Town lose.

A win for Northampton, meanwhile, could see them move to 17th depending on the scores, there's a lot more motivation for them to push higher up the league but Notts could escape the relegation zone if get the right result.

Other fixtures to keep an eye on

I foresee the game being one of two half's, I think Notts will be likely to come out very slow and sluggish.

Within the first 20 minutes Harry Kewell's men must develop a feel for the game and understand how to counter any threats that Northampton Town may give to the Notts County defence.

For me, making use of Enzio Boldejiwn will provide other Notts players a chance to get into good space whilst using him as an outlet to break down today's opposition.

I feel the game will be tight but I have a good feeling! I am hoping the final score will be 2-1 to Notts.

If the club can claim their first win, it would be the best possible result but I worry about leaking goals still.

Kevin van Veen - The Dutch born player is a tidy finisher, at the age of 27-years-old his experience within the Eerste Divisie will make him the most interesting Northampton Town player to watch.

Jon Stead – He's literally in form right now, plus Harry Kewell giving him the captains armband has instilled a new lease of life. His passion, experienced head and current performances can be a major plus today.

With the fixtures containing several games which could see the pathway for Notts to escape the relegation, this weekends results are paramount to the club.

The gap could increase further and the pressure of securing their first league win of the 2018-19 season will only get harder.

I think the away form this season has been quite poor, so a draw would be a positive outcome but a win would hopefully kick start this dreadful season.

Northampton have an unknown squad to me, so the tactics leading into the game will be the key to who takes control of the game.

Lewis Alessandra and David Vaughan could be the key players to assist any goal chances, with Enzio Boldewijn being the player Notts should look to break down today opposition.