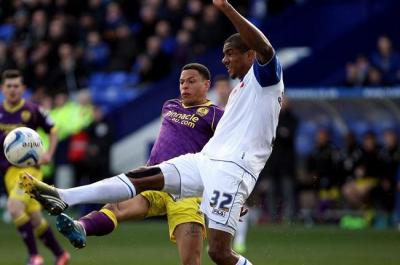 Notts have met Tranmere 43 times in their history.

Both sides last met in the 2013-14 season, with Notts winning 2-0 at Meadow Lane, with Tranmere winning 3-2 at Prenton Park.
Since the 1990’s, this fixture has never had one dominant team, with neither team winning more than two in a row against the other.

Notts are winless in their last 9 league games but showed some signs of improvement in the first half against Mansfield last Saturday, before another second-half no show.

Tranmere’s away form has been their achilles heel this season, with them winning only 2 of their 10 away games (drawing 4 and losing 4). They have lost their last two away games, conceding eight.

Top scorer James Norwood has scored 7 in his last 6 games.

Tranmere have only had 26 managers in their history, which is less than what Notts have had since mid-1989 when Neil Warnock took charge.

When Dave Russell became manager in 1962, he changed the kits from blue to white.

Tranmere visited Wembley twice in the early 90’s for back-to-back Leyland DAF Trophy finals. They won the first against Bristol Rovers 2-1 in 1990 but lost the 1991 final 3-2 to Birmingham City.

Famous Irish international and Tranmere legend, John Aldridge, is the only Rovers player to score at a World Cup.

Matt Tootle returned to training for Notts this week but is not yet match fit, so it is unlikely he will start.

Jon Stead and Kane Hemmings made appearances last Saturday for Notts and will be in contention to start against Tranmere.

Ben Hall and Enzio Boldewijn will be out long-term after both picked up injuries a few weeks ago.

Tranmere will be without Ollie Banks, Sheffield United loanee Harvey Gilmour and Larnell Cole. Gilmour has 3 goals in 12 appearances whilst Banks has 3 assists from midfield.

Winger Dylan Mottley-Henry has returned to Barnsley to undergo treatment on an injury and will miss Saturday’s game.