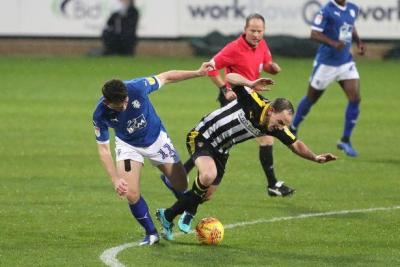 The last time Notts won at Tranmere was in the 2010-11 season when Notts ended a run of 9 straight defeats and lifted themselves out of the relegation zone.

Tranmere’s home record this season stands at: PLD 16, W9, D4, L3.
Notts have only played once away from home since deadline day, a 2-1 win at Forest Green Rovers. That was only their second away win all season, the other coming at Macclesfield.

Tranmere will be without centre-backs Sid Nelson and Steve McNulty. Nelson is recovering from a broken nose and McNulty is suffering with an achilles injury.
Notts boss Neal Ardley has said some players are nursing small issues after playing their second game in three days against Newport on Tuesday.
Mellon and Ardley may be looking to make changes to their starting line-ups, with this being both teams’ 3rd game in seven days.

Share your thoughts about this match on Pride of Nottingham by signing up to the website, visiting the forum and joining in the chat with hundreds of fellow Notts County fans.