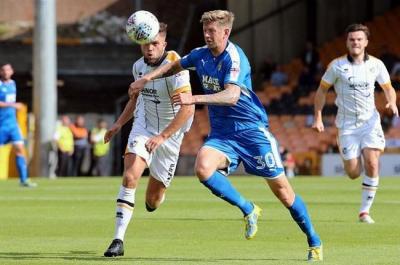 Notts have met Port Vale 104 times in their history.

Notts currently have a three-game unbeaten run against Port Vale and have only lost 3 of their last 11 against The Valliants.

Notts will be looking to get back to winning ways following two successive defeats against Newport and Tranmere.

Port Vale have only won two league games since they played Notts at Vale Park in the reverse fixture (November 3rd, 2018).

Vale are the lowest scorers in the league (28) and have only scored once in their last six games.

Head to head stats and where they rank

Notts’ only injury concern before the game, is towards Elliott Hewitt who will be assessed after picking up a knee injury.

Manny Oyeleke made his return from injury for Vale last week, but fellow central-midfielder Luke Joyce may miss the game.