Stat Attack: Notts County hope to win away at Stevenage for first time since 2015-16 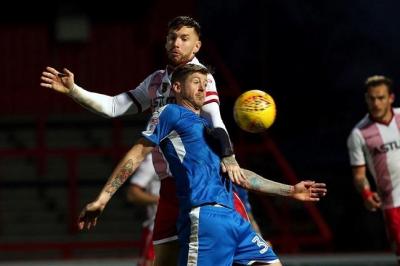 Notts have lost only one of the last eight meetings with Stevenage, but haven’t won at the Lamex Stadium since the opening day of the 2015-16 season. There has never been a goalless game between the two.

Notts have won only 3 times away from home this season and have failed to score in four of their last six games.

Stevenage are 3 games unbeaten and have only lost three games against the bottom six, in the ten matches they’ve played against them.

Notts have no new injury news and will be looking to pick up only their 4th away win of the season.

Danny Newton marked his return to the Stevenage side last Saturday, with a goal and will be looking to break into the starting XI.

Former Notts winger Jamal Campbell-Ryce has returned to training for Dino Maamria’s side.