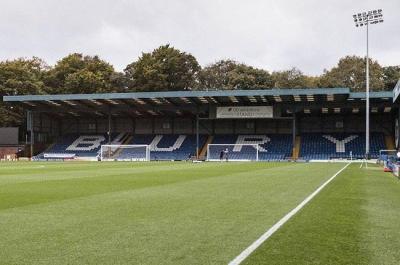 Notts County have met Bury 117 times over the years, with the Magpies winning 43 of the encounters, drawing 28, and losing 46.

Notts met Bury for the first time on November 24th, 1894 with County running out 2-1 victors.

Arguably the most famous meeting between the two is the 2-2 draw on May 6th, 2006 in the 2005-06 season when Notts scored two in the last five minutes to secure safety in League Two.

Bury are unbeaten in their last four (W1, D3) and have only lost once at home this season when Carlisle defeated The Shakers 1-0.

Notts are five games unbeaten (W3, D2) and have kept consecutive clean sheets on the road.

Their “Shakers” nickname was derived from a teamtalk given by manager JT Ingham in 1892.

They are the only club currently in League Two, other than Notts, to win the FA Cup.

Bury are 11-time winners of the Lancashire Senior Cup.

Their current manager, Ryan Lowe, set the club record for consecutive goals scored with 10 goals scored in 9 games during the 2010-11 season.

Notts will still be without Rob Milsom, who is serving the second of his three-match ban.

Ben Hall and Richard Duffy are still out injured with the former returning to Brighton a few weeks ago to have treatment.

Bury’s only injury concern is Eoghan O’Connell who’s fitness will be checked before the game against Notts.