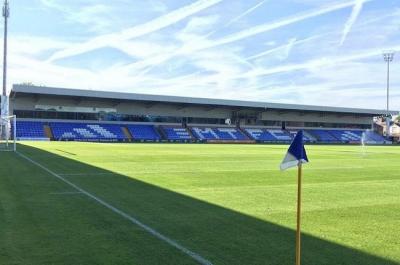 Notts have faced Macclesfield 16 times in competitive action over the years.

The last time Notts faced Macclesfield was in the title winning 2009-10 season.

Notts are unbeaten in their last five fixtures against Macclesfield, winning two and drawing three.

Macclesfield are still looking for their first win of the season, having drawn 4 and lost 7 of their first 11 games.

They picked up a good point on Tuesday night in a 3-3 draw with 3rd placed Newport, despite conceding in the 95th minute.

Notts have notched up two wins on the spin and are unbeaten in four but are yet to win away this season.

Macclesfield have never lost a penalty shootout in their history.

The first time they were not promoted to the Football League due to not having a big enough stadium.

Michael Rose will return to the Macclesfield team after serving his suspension, after a red card against former club Morecambe.

Notts will be with out Rob Milsom after his red card on Tuesday night against Crawley.

Ben Hall still has groin problems whilst Richard Duffy will be out of action for a few months.

This is the first time Harry Kewell and Mark Yates have faced each other as managers.