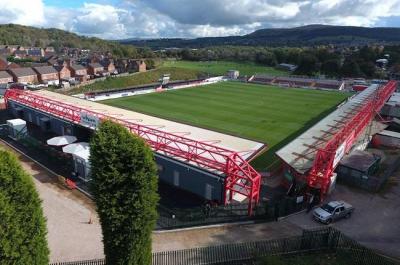 Notts County have played the current incarnation of Accrington Stanley just 16 times in their history, with the record standing at 6 Notts wins, 5 defeats, and 5 draws.

The first fixtures against the "new Stanley" were in August and December 1958, when both sides played in Division Three. The Magpies drew 1-1 in the first match, before losing 3-0 in the second.

A hiatus of 48 years followed before the teams met again in the fourth tier, now League Two, on 9 September 2006. The result was a 3-2 win to Notts.

Our recent record against Stanley is poor - 4 defeats and 3 draws in the last 7, and no win over them in the league since 2010.

Stanley have won each of their last eight home league games, the longest run in League Two this season.

John Coleman's have also won their last five league games outright to extend their run in the league to one defeat in their past 15 outings.

The original town's team, Accrington, were amongst the twelve founder members of the Football League in 1888, before resigning from the league after just five years.

A team called Stanley Villa already existed at the time, named as such because they were based at the Stanley Arms on Stanley Street in Accrington.

With the demise of Accrington, Stanley Villa took the town name to become Accrington Stanley.

The club re-formed after World War I and entered the League in 1921 with the formation of the old Third Division North, along with the other top northern non-League clubs.

This original incarnation was dissolved in 1966, before re-emerging two years later. In 2005–06, Stanley won the Football Conference and were promoted to League Two.

Ironically, Oxford United, the team they switched places with, was the team that had been elected to replace the former Accrington Stanley as members of the Football League in 1962 when they were struggling with debt.

Accrington Stanley is perhaps most well known for being mentioned pejoratively by two young boys talking about their professional football prospects in a late 1980s advert by the Milk Marketing Board.

The League Two leaders will check on Janoi Donacien ahead of the game against Notts, as he was struggling with illness.

Ben Richards-Everton came in for the first change to Accrington's starting XI in five games and contributed to a fifth straight win.

Notts boss Kevin Nolan made two changes to the side on Friday - Lewis Alessandra and Dan Jones replacing Carl Dickinson and Jorge Grant - and promised further alterations on Easter Monday.

Dickinson and Grant are pushing for immediate returns, while Jonathan Forte and Michael O'Connor are also in line to feature.