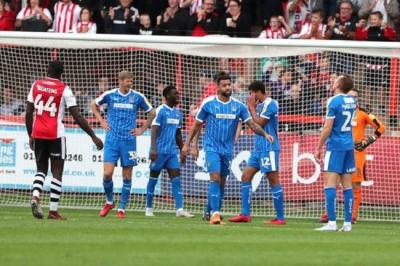 Notts have lost their last two meetings with Exeter and the last time they won against The Grecians at Meadow Lane was in 2012.

Notts have taken 10 points from a possible 15 in their last five games against teams in the top 10 in League Two.

Exeter got back to winning ways last Saturday with a 3-0 win against play-off rivals Colchester. Striker Matt Jay has scored 3 in his last 5 apperances.

Jim O’Brien maybe in contention to return for Notts after having his stitches removed from his leg, which were in place after a poor tackle from Carlisle’s Jamie Devitt.

Jon Stead may also return after being out for a week due to injury.

Experienced defender Aaron Martin will return from injury having played in The Grecians midweek reserve game.

Fellow defenders Troy Brown and Pierce Sweeney are back in the City squad and will be pushing for a starting place.