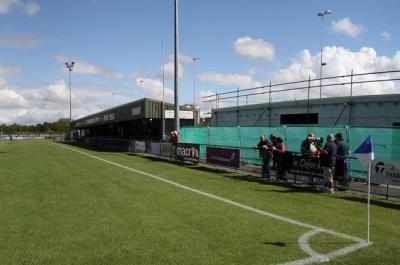 Oxford City play in the National League South division and sit 19th in the standings, above the bottom three on goal difference and with just four wins in their opening 18 league games.

They played their first recorded match in December 1883 and soon became the leading club in Oxfordshire, winning the FA Amateur Cup in 1906, before joining the Isthmian League the following year.

In the latter half of the 20th century, the club went into decline and soon fell behind Headington United after that club turned professional in 1949.

An attempt was made to return the club to success in 1979 when it became a limited company and later when England World Cup winner Bobby Moore was appointed manager with his former West Ham teammate Harry Redknapp as his assistant.

The club reached its lowest point in 1988 when they were evicted from their White House Ground by their landlords Brasenose College, who sold it off for housing.

Forced to resign from the Isthmian League, the club did not reform and return to senior football until 1990 when, based at Cutteslowe Park, they entered the South Midlands League Division One, winning promotion in their first season.

City returned to the Isthmian League in 1993 when they also moved to their current ground, which preceded an upturn in form up the divisions of that league as well as an FA Vase final appearance in which they lost 2-1 to Arlesley Town.

Highlights of the next decade included two years in the Isthmian League Premier Division and an epic FA Cup run in 1999–2000 which culminated in a three-game battle against Wycombe Wanderers in the First Round proper, eventually being edged out 1–0 at Oxford United's Manor Ground.

The first replay had been abandoned due to a fire alarm just as the penalty shootout was about to start; this remains the only FA Cup tie to go to a second replay since the FA ruled that all ties should be settled after a maximum of two games.

City are an FA Charter Standard Community Club and field more than 37 teams, with sides for men, women, boys and girls.

Defender Freddie Grant is the nephew of former Notts boss Martin Allen and trained with the Magpies at the age of just 15, as well as being a friend of Jorge Grant (but no relation despite the same surname).

Saturday's game will be the first time that Oxford will have had names on the back of their shirts. While not a requirement at their current league level, it is in the second round of the competition which will be broadcast live on BT Sport.

Jon Stead and Shola Ameobi are doubtful for the game with leg and groin injuries respectively, while Callum Saunders has been suffering with flu in the build-up.

Adam Collin and Michael O'Connor remain sidelined by long-term injuries but manager Kevin Nolan has an otherwise fully-fit squad to choose from.

Oxford City captain Lee Henderson has not played since hobbling off with a dead calf during the victory over Chelmsford City in Vanarama National League South three weeks ago and is a doubt for the game.

Share your thoughts about this preview article on Pride of Nottingham by signing up to the website, visiting the forum and joining in the chat with hundreds of fellow Notts County fans.