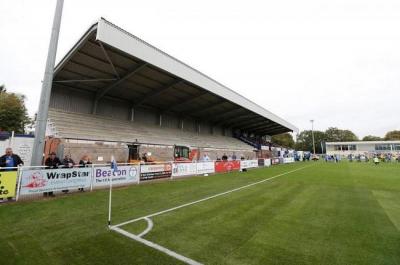 This will be the first time Notts have met Eastleigh.

The Spitfires reached the play-off semi-finals last season, losing out to Salford City on penalties after defeating Wrexham 1-0 at the Racecourse Ground.

Notts will start away from home in the first game for the eighth time in nine seasons.
Notts’ opening day record of late is poor, winning only one of their last six opening day encounters.

Joe Partington re-joined Eastleigh this summer, after two years away and will be looking to re-take his starting place on the opening day.

Scott Rendell and Tyrone Barnett will look to pick up where Paul McCallum left off last season and provide the goals for The Spitfires.

Most of Notts’ summer signings could start the opening day game at the Silverlake Stadium.

Nathan Tyson will look to continue his goalscoring form, from pre-season where he scored four goals.

Jim O’Brien could start after re-signing for the club in the summer.