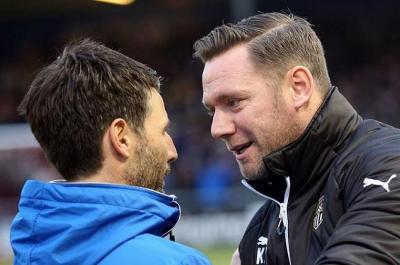 Notts County and Lincoln City have met a total of 68 times in competitive matches over the years.

The first fixture took the place all the way back in November 1893, a Division Two game in Nottingham which resulted in an away win for the Imps.

The record currently stands at 35 wins for Notts, 16 defeats, and 17 draws.

Last season Notts ran out 4-1 winners against Lincoln at Meadow Lane, lost 2-1 in the EFL Trophy and drew 2-2 at Sincil Bank in the league.

Lincoln City were officially formed in 1884 as an amateur association - even though there had been a team playing since the 1860s - and turned professional in the 1891-92 season.

Lincoln never won a major trophy in their history but did secure the EFL Trophy last season, beating Shrewsbury Town 1-0 at Wembley in the final.

Two seasons ago, the Imps made history by becoming the first non-league side to reach the quarter-finals of the FA Cup since Queens Park Rangers in 1914.

Its major landmarks are Lincoln Cathedral, a famous example of English Gothic architecture, and Lincoln Castle, an 11th-century Norman castle.

Lincoln are winless in their last five meetings with Notts County in League Two (D2 L3), last winning in December 2008 in a 1-0 victory.

Notts County have only won one of their last six visits to Sincil Bank in League Two (D3 L2), having won six visits in succession in the Football League before this run.

Notts County have lost each of their last three league games, conceding 3+ goals in each match.

The Magpies last lost more in succession in January 2017 when they suffered 10 consecutive defeats in League Two,

New Lincoln loan signing Sam Slocombe is pushing fellow goalkeeper Grant Smith for a starting place ahead of the visit of Notts County.

The 30-year-old joined from Bristol Rovers earlier this week and was on the bench for Tuesday's 2-1 win over Bury, with the club unsure how long a thigh injury will keep out first-choice Josh Vickers.

Harry Anderson could get a recall to the starting line-up after coming on at half-time and assisting in their second-half comeback.

For Notts, Matt Tootle remains a doubt having missed the last three matches with a toe injury.

On-loan Brighton centre-back Ben Hall is still out with a groin problem which had prevented him featuring this season.

Share your thoughts about this Stat Attack preview piece on Pride of Nottingham by signing up to the website, visiting the forum and joining in the chat with hundreds of fellow Notts County fans.