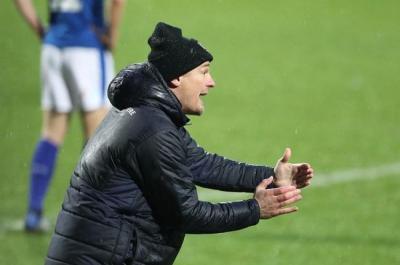 Notts County have stopped the rot with their first League Two victory since October as they claimed a 3-2 win against Tranmere Rovers in Saturday's clash at a freezing Meadow Lane.

Jon Stead gave Neal Ardley the perfect start in his maiden Magpies home game in charge as, on 33 minutes he was on hand to finish off great work from Kane Hemmings and Dan Jones, who rolled the ball across the face of goal for his veteran colleague to tap home at the back post.

However, the Birkenheaders were level just five minutes later as Jonny Smith marauded down the right-hand side before drifting into the box to curl a low shot beyond Notts keeper Ross Fitzsimons.

Just before the break, Stead was once again involved as he won the ball in Tranmere's penalty area to swing a cross into the path of Kane Hemmings for a first-time finish and the restoration of the lead.

So it stood at half time but once again, the ugly head that is County's farcical defending popped up yet again as Rovers equalised for the second time in the match when Connor Jennings made his way into the area to nod home a cross from the right, the Notts defence bamboozled.

Luckily, Stead provided yet another crucial moment as Nathan Thomas was felled by Mark Ellis' clumsy challenge and the veteran forward stepped up to take the penalty, making no mistake to hammer home from 12 yards.

Here is what Pride of Nottingham vlogger ARLukomski had to say on the game: