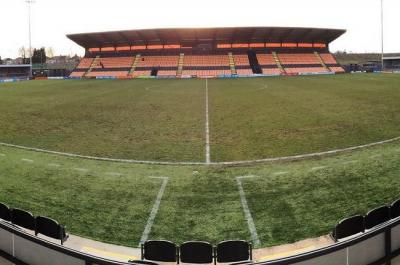 Notts County put in arguably one of the worst performances of the season on Saturday as they fell to a 1-0 defeat at Barnet.

The League Two's basement side more than matched their opponents for the majority of the game at the Hive Stadium before grabbing the winner in injury time.

A lump upfield by goalkeeper Craig Ross bounced kindly for Alex Nicholls, who raced onto the ball, got the better of his markets and lashed home past Adam Collin to give the Bees all three points.

The result leaves the Magpies fourth in the table, two points behind third-placed Wycombe Wanderers and just four points ahead of eighth-placed Lincoln City.

What was the reaction to the game? Pride of Nottingham has compiled some of the key post-match reaction.

"We were totally poor. We couldn't pass the ball to one another today. I told them that after the game and I cannot protect them because that performance is not good enough for me.

"We didn't work the goalkeeper well enough. They have got to buck their ideas up quickly or we will have more afternoons like that.

"The amount of pressure they put on us was minimal. They didn't allow us to play and fair play to Barnet. They are going to scrap because they're bottom of the league and they need to win games.

"When we have so many fans here sitting in those conditions, they deserve to have a go at us because the performance is not acceptable by the standards we have set ourselves."

The Black & White Army on the PON forum and social media

i dont think we should overreact we only lost 1-0. i do think the players need to improve and kn needs to accept his part in this. people have said that he does not change things and theres no accountability during games, first half sounded dire but kn waits until half time to try and address it? i just think its disappointing. we have the ability to gain promotion and the inner fighting is leading to the instability imo.

All started with that formation change against Exeter. Lost. Stook without it against Crawley. Lost again. Oh yeah then we play 4-4-2 against Swansea and we play well. What a surprise. Then we beat Crewe with 4-4-2 and it’s all looking good but no. A normal team bows out with pride like Newport did but no. Absolutely not. We get ripped apart against Swansea 8-1. It’s not acceptable to lose 8-1 at any level whether it’s Sunday League or Premier League. Another change of formation this time to 4-4-1-1 in which we gave a performance where we did not look bothered. Not one bit. On tv, against a Premier League side. How do you not get motivated for that? Then today. We used the right formation but by the sounds, we didn’t turn up yet again and we took the opposition lightly like we did against Oxford City and Crawley. We constantly hoof it when Nolan clearly knows we play better when we play it on the ground. Defenders constantly hoof it upfield and kick it out of play when they have so much time on the ball. Nolan also knew the risk of signing Bennett who had problems with injuries in the past. I said get Caolan Lavery but nope. And also, how does it take two weeks to sign a player. Is it really that difficult or were we in slow motion yet again? Grant hasn’t turned up last few games. Would definitely drop him for Tuesday. What happened to the fitness levels? Everyone seems to be ill or injured all the time. Collin couldn’t trap a bag of sand with his goalkeeping abilities. Put Fitzsimons in next game. A lot better keeper, even if he throws out Sweet Chin Music once in a while. And if there is fall out and back chat, drop the players who are doing it or rally the team together for a talk to try and gain some of the team spirit back that took us far earlier in the season. We haven’t fully bottled it yet but we are going that way if we don’t sort it out. There has to be a siege mentality now to bring us back up to where we were earlier in the season.

KN for me was bang on to tell it how he observed it , if they are letting him down by not following a game plan then he should say so , and for me he should face the press media as he did win lose or draw , if he hadn't he would be criticized for that so no win , there needs to be a strong manager who manages players need to know there place in the scheme of things , the big test now is will they respond positively or is KN in trouble , we are still 4th so come on show some humility players and get back at it.

I am absolutely gutted with recent form. When we look back 12 months we were in dire straits with the possibility of dropping out of the league but we succeeded in pulling clear. The first half of this season we really deserved to be up there challenging for automatic promotion and with the promise of stellar signings I really thought this was going to get us to our goal ( Automatic Promotion). But sadly I must face facts the team have bottled it and the so called stellar signing never materialised so I’m afraid it’s division 2 again next season.

What has gone wrong ? In form we have been pretty poor since the beginning of Dec . Today's result is an after effect of being smashed mid week. I was praying for at least a 0-0 draw at the end . KN has big issues to sort out now.

Can't see us coming back from this. Far too many teams competing for those top places. Grant has been awful for ages now. Bennett's injury could be a massive blow given our lack of pace.

Share your thoughts about this post-match reaction piece on Pride of Nottingham by signing up to the website, visiting the forum and joining in the chat with hundreds of fellow Notts County fans.