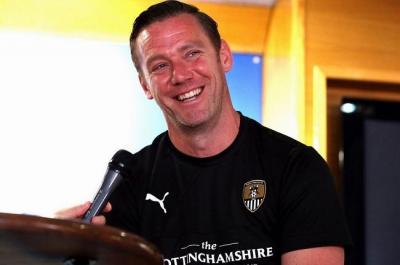 Kevin Nolan has expressed his delight with Notts County's performance in their 3-0 win over ten-man Newport County and believes that the scoreline could have been even more flattering for the Magpies.

Jorge Grant scored a brace for Notts in Saturday's League Two encounter at Meadow Lane either side of Shola Ameobi's strike and only the woodwork denied the Nottingham Forest loanee a hat-trick from a free kick.

“I was delighted with the performance and we were like our old selves again,” Nolan told the Nottingham Post. “It was what we were producing when we were at the top of the league the last time.

“It was high tempo and we dictated the play from start to finish. We really made it difficult for Newport and I was delighted with the goals we scored and the clean sheet too.

“It could have been five, six or seven given the chances we created and I don’t think that would have flattered them.

“Before the sending off there was a bit of anxiety, but I always felt we were in control but perhaps tried to force things a bit too much at times.

“But we started to settle and then the sending off came. But just because they have a man sent off it doesn’t give you an automatic right to win the game.

“You have to earn it. We did that and we made them pay the price for being down to 10 men.”